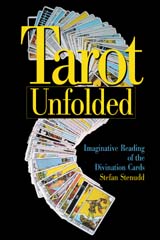 Here I add some perspectives on this hexagram, as well as other methods to read its meaning, in additon to what Richard Wilhelm derives from it above.

I CHING BooksA few of the English versions ofThe Book of Changereviewed.

The I Ching TrigramsClick the header to read more about the eight trigrams that are combined into the 64 hexagrams.

This situation at the beginning of ascent. Just as wood draws strength for its upward push from the root, which in itself is in the lowest place, so the power to rise comes from this low and obscure station. But there is a spiritual affinity with the rulers above, and this solidarity creates the confidence needed to accomplish something.

Qi Energy ExercisesThe ancient Chinese life energyqi(chi) explained, with simple instructions on how to exercise it.

It furthers one to bring even a small offering.

The 64 I Ching HexagramsAn I Ching hexagram is composed of two trigrams. Each of the 64 hexagrams has its own name, meaning, and divinatory text. Here they all are, in the traditional order. Click on the image of an I Ching hexagram to get to its webpage. 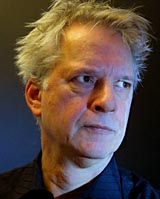 YIN and YANGThe basic polar opposites of the I Ching explained.

The ImageAdapting itself to obstacles and bending around them, wood in the earth grows upward without haste and without rest. Thus too the superior man is devoted in character and never pauses in his progress.

He who pushes upward blindly deludes himself. He knows only advance, not retreat. But this means exhaustion. In such a case it is important to be constantly mindful that one must be conscientious and consistent and must remain so. Only thus does one become free of blind impulse, which is always harmful.

The great Taoist classic, translated and extensively commented chapter by chapter.Click the image to see the book at Amazon.

The JudgementThe pushing upward of the good elements encounters no obstruction and is therefore accompanied by great success. The pushing upward is made possible not by violence but by modesty and adaptability. Since the individual is borne along by the propitiousness of the time, he advances. He must go to see authoritative people. He need not be afraid to do this, because success is assured. But he must set to work, for activity (this is the meaning of the south) brings good fortune.

When a man is advancing farther and farther, it is important for him not to become intoxicated by success. Precisely when he experiences great success it is necessary to remain sober and not to try to skip any stages; he must go on slowly, step by step, as though hesitant. Only such calm, steady progress, overleaping nothing, leads to the goal.

The interpretations above and comments below are from Richard Wilhelms version of the I CHING.

Complete HoroscopeHow predictions are made by classical astrology and the full horoscope chart, with many examples.

The bottom line marked means:Pushing upward that meets with confidence

Here a strong man is presupposed. It is true that he does not fit in with his environment, inasmuch as he is too brusque and pays too little attention to form. But as he is upright in character, he meets with response, and his lack of outward form does no harm. Here uprightness is the outcome of sound qualities of character, whereas in the corresponding line of the preceding hexagram it is the result of innate humility. 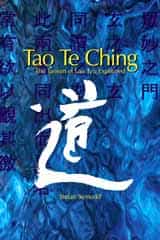 Im a Swedish author and aikido instructor. In addition to fiction, Ive written books about Taoism as well as other East Asian traditions. Im also a historian of ideas, researching ancient thought and mythology.Click the image to get to my personal website.

Meaning of the Trigrams CombinedEach hexagram combines two trigrams, making one the upper and the other the lower. The meaning of the hexagram is mainly derived from that combination. Heres what it means for this hexagram:

The hexagram with the trigrams reversed

Tarot Card MeaningsFree online reading with the old Tarot deck of divination cards. Also, how to use the Tarot and what each card means.

Comments on the HexagramThe lower trigram, Sun, represents wood, and the upper, Kun, means the earth. Linked with this is the idea that wood in the earth grows upward. In contrast to the meaning of Chin, PROGRESS (35), this pushing upward is associated with effort, just as a plant needs energy for pushing upward through the earth. That is why this hexagram, although it is connected with success, is associated with effort of the will. In PROGRESS the emphasis is on expansion; PUSHING UPWARD indicates rather a vertical ascent-direct rise from obscurity and lowliness to power and influence.

Compare to the Reversed LinesYou can also compare this hexagram to its opposite according to the six lines, where each broken line is full, and vice versa. In some cases it leads to the same hexagram as the one where the trigrams are switched. Here is the hexagram with reversed lines (click it to get to its webpage):

Compare to the Reversed TrigramsIts common to compare a hexagram to the one where the lines are the opposite: a full line is broken and a broken line full. But I find it much more interesting to compare hexagrams with the trigrams reversed: the upper trigram becomes the lower, and the lower trigram becomes the upper. That deepens the understanding of the trigrams at work – when theyre not identical. Click the image to see what it means for the two trigrams of this hexagram:

Free I CHING ReadingGet the hexagram that answers your question.

Mount Chi is in the western China, the homeland of King Wn, whose son, the Duke of Chou, added the words to the individual lines. The pronouncement takes us back to a time when the Chou dynasty was coming into power. At that time King Wn introduced his illustrious helpers to the god of his native mountain, and they received their places in the halls of the ancestors by the side of the ruler. This indicates a stage in which pushing upward attains its goal. One acquires fame in the sight of gods and men, is received into the circle of those who foster the spiritual life of the nation, and thereby attains a significance that endures beyond time.

I CHING TrigramsThe eight trigrams and how they combine into the hexagrams.

I CHING HexagramsThe 64 hexagrams and their meanings in divination.

How to do a reading of the Tarot divination cards from what their images symbolize. Several spreads are explained, as well as the meanings of all the 78 cards and their pictures.Click the image to see the book at Amazon.

In order to achieve something high and great.

The LinesThese texts apply only for the lines that were marked, when the hexagram was cast. Note that the lines are counted from the bottom up.

The 2nd line marked means:If one is sincere,

Earth upon WindThis part of the text is being edited. It will be added shortly.

All obstructions that generally block progress fall away here. Things proceed with remarkable ease. Unhesitatingly one follows this road, in order to profit by ones success. Seen from without, everything seems to be in the best of order. However, no promise of good fortune is added. It is a question how long such unobstructed success can last. But it is wise not to yield to such misgivings, because they only inhibit ones power. Instead, the point is to profit by the propitiousness of time.