E3 is upon us once again, and its great. But do you want to know whats even better? Free games! For the past two years, weve runa seriesshowcasing some of the best games that you can enjoy right now for no cost instead of hyping up an upcoming blockbuster release. This year we have three more trios for you to check out, so lets get started with the first set.

WhenI last played Police Stories, I was pretty delighted by how much the two level alpha had to offer. So it was with somewhat mixed feelings that a year later I found myself playing a four level alpha this feels like slow progress, albeit it with a graphical overhaul. And yet I am just as captured and occupied by the levels it has, and really impressed with the improvements made.Read the rest of this entry

Cutesy puzzle-platformerUnravel 2now has a timed trial, giving ten hours to play the start for free. The sequel launchedright in the middle of E3earlier this month, the same day as it was announced and exclusively on Origin, so even Id half-forgotten about it myself. Ive only poked at the start of the trial so far but ah, I do have soft spots for walljumps and grappling hooks, not to mention fungi and crabs.Read the rest of this entry

Enough of this E3 and its video games tomorrow; what about video games today? Reader, I have good news: not only are a number of video games out and playable right now (at least one hundred, Im told) a great one is being given away free for the next two days. GOG are continuing their summer sale celebrations with free copies ofZiggurat, 2014s wizardly roguelikelike first-person shooter.

Instead of The Last of Us Part II, playRead the rest of this entry

A multiplayer game shutting down is always a sad thing. No matter how small the community behind it, therewasa community, and undoubtedly someone is going to lose their favourite game or worse still their favourite buddy online. As such, it brings a smile to my face to see that Mojangs ill-fated CCG/Hex-based strategy hybridScrollshasofficially relaunched, albeit under a different name. In order to distance itself fromthat whole legal kerfuffle, its now known as Callers Bane, and better still; its absolutely free, albeit partially fan-run now.

Recover from the rampant commercialism of E3 with some free games! Below youll find a puzzle game about love and making the right connection, a wacky platformer where you are a hatched human looking to get to the castle, and an interactive poem explaining why one person cries. If those concepts dont pique your interest, you can run a restaurant and fight off zombies at the same time, or check out a single persons daily routine as it cycles through. Explore this weeks five free games and see what you find.Read the rest of this entry

Instead of Call of Duty: Black Ops 4, playRead the rest of this entry

I feel genuinely sorry for the folks at Boss Key Productions. By all accounts,LawBreakerswasnt the gamethat they wanted to make, but they still delivered a pretty polished arena shooter that just never found the audience it was looking for. Publisher Nexon America arekeeping the lights on until September, and in order to give the game a proper sendoff, the formerly retail game is nowfree for all to jump in and play.

Its been heartening to seeQuake Championsdoing so well. After the likes ofLawBreakersfailed to draw the crowds even during free beta events, was there even room in the market for an old-school arena shooter? Apparently so, as when Bethesda announced at E3 that the game was going free-to-play early (for a limited time),the servers filled up fast, and stayed full. They reckon theyre on to a good thing, clearly, as theyre extending the giveaway for another week. Tag the game nowat oron Steamand keep access forever.

The exhibition rumbles on, and so were back withthree free for E3to suggest some games that you can play while waiting for release dates that seem oh so far away. And, as a bonus, these are all available at no cost whatsoever! 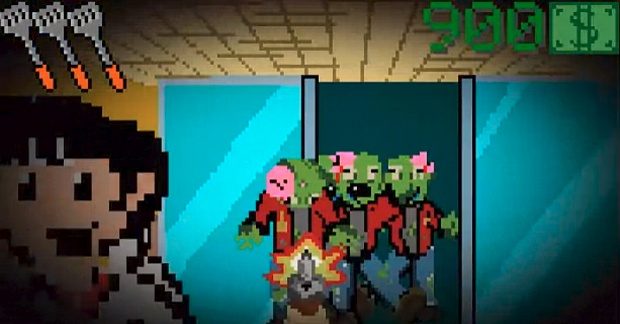 Its the closest thing to a first-person Binding of Isaac Ive ever played, our dearly-departed Adam (RPS in peace) said in hisZiggurat review. High praise indeed!Read the rest of this entry

Ive never been a Quaker. Ive always thought a life spent pursuing peace and friendship through a religious lens was at odds with the Quakers requirement that you spend 5 hours of every day playing a version of Id Softwares hyper-violent shooter, but I wont pretend to understand such ecclesiastical matters.

Ultimate Custom Night, released today, is the third free Five Nights game and by far the most ridiculous. It mashes together fifty series antagonists into a claustrophobic horror playground for the screaming YouTube face-cam crowd.

A houseful of hauntings can be had for free right now, as Bloober Team are giving awayLayers Of Fearfor keepsies for the next few days on Steam. Its a first-person spooker about a kooky-ooky painter who goes out his gourd trying to paint his masterpiece. Layers Of Fear is often a grab bag of clichsdolls, shadowy figures crossing corridors ahead of you, jumpscares of terrible facesthat make it a bit hollow, but it does have some surprising and creative tricks particularly involving paintings. For free, sure, check out these spooky tricks.

Video: The most exciting PC games still to come in 2018 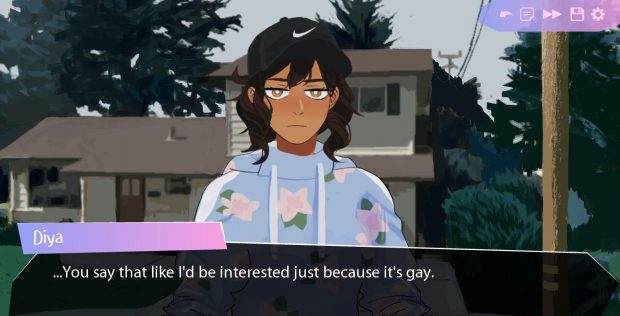 Be pilots, pirates and space truckers

Video: Two creepy yarn beasts are better than one in Unravel 2

Battlefield 1 4 get another wave of free DLC giveaways

The banker who brought Eves greatest empire to its knees

Its quickly becoming A Thing in some circles that when you announce a sequel, you just throw the original at people for free. Thats definitely whatAwesomenautsstudio  Ronimo are doing today. Alongside the announcement a PC launch (its been out on consoles for yonks) for silly side-scrolling strategy game Swords & Soldiers 2: Shawarmageddon, theyve made the originalfor the next 24 hours and keep forever. So go do that.

Ill be the first to admit that football is not my thing. The World Cup? Baffling, honestly.Rocket Leaguemanaged to make the concept of punting a ball into a net more enticing by adding jet-boosted RC cars to the mix, but I think Last Man Kicking might be what the doctor ordered today. A 2v2 office kickaround may not sound too interesting, but when everyones glued to their office chairs and only able to move via the recoil of their pump-action shotguns, youve got a good time. Plus, itsfree to grab on Itch.iofor today.

If youve been following all of ourCyberpunk 2077coverage and thinking it could really do with some Orcs, youre in luck. No, CD Projekt Redisnt injecting magic into their sci-fi RPG, but some magical cyberpunk is free on theHumble storeright now.Shadowrun Returnscan be yours for nothing at all, as long as you snatch it up in the next day. Its not as good as its follow-ups,DragonfallandHong Kong, but its a great, if a bit brief, introduction to universe. 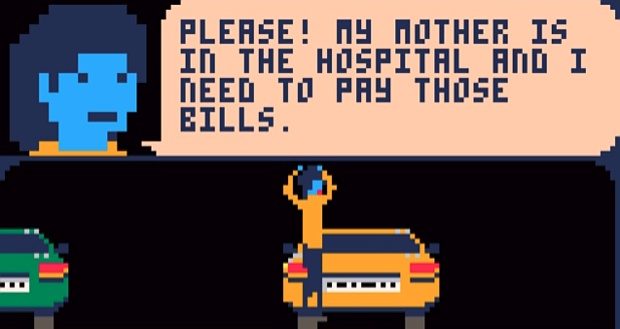 Bennett Foddy, the fiendish fella behindQWOPandGetting Over It, has shared his own variant of iconic game Pong. Its named FLOP, and you can probably guess what makes it different. Foddy actually made FLOP years ago, as a secret game hidden in the ace local multiplayer collectionSportsfriends, but now hes released a standalone version so its simpler to play (with events in mind, really, but we benefit too). If you like a bit of jostling on a couch, it might give you some giggles.Read the rest of this entry

The week is finally drawing to a close, and so too isthree free for E3, our series giving some suggestions of no cost, already available games to tide you over. Weve already shown off six, so lets get stuck in to the last trio to round things off.

Now those memories get a tad less painful over time, and reflecting on them lets dwarves grow as individuals: there are now little character arcs for the dwarves.Read the rest of this entry

Instead of Forza Horizon 4, playRead the rest of this entry

Life inDwarf Fortresswas hard enough before the devs gave its denizens the ability to remember what had happened to them. After giving those dwarves the ability toremember their spouses being crushed by boulders, Im pleased to report that the devs have softened up a little.

EA are retiring season passes for the Battlefield series starting withBattlefield V, and it seems that theyre gradually making that change retroactive, at least in part. Today, owners of Battlefield 1 and Battlefield 4 who only have the base games can pick up theTurning TidesandSecond Assaultexpansions respectively for the always-reasonable price of free, although youll need to grab them via Origin.

Scott Cawthon is an odd fellow. He started out making offbeat genre-blending RPGs before stumbling into wealth and fame with theFive Nights At Freddysseries. Several indie horror hits about surviving the night watch at a haunted animatronic pizza parlor, a line ofofficial toysanda film in productionlater and what does he do? He goes back to making stuff for free.

Run your own queer bar, full of people who just want to drink and have a good time during the 1920s! Host parties, allow drag queens to drink, watch fake marriages be celebrated in whichever way the couple wish. Or, play around with beautiful gems and cute birds, trying to make sure everyone is content and in place before moving onto a new level and reading a poem. If relaxing games arent your thing, why not experience one about becoming pregnant and learning your options? Or one about repossessing cars to clear your own debt, or about feeding your limited supplies to a fire to survive. Read on for this weeks best free gamesRead the rest of this entry

I just got myself all tangled up over something thats quite simple, now that Ive managed to spell it out.Quake Championsis an upcoming free-to-play arena shooter, only for now its in paid for early access. Except forrightnow and up until June 18th until which you can get free permanent access to the early access version if you download it and play at least one match. If youre like me and have barely dipped your toes into Quake before, this seems like a good opportunity to fix that.Read the rest of this entry

One thought on “PC Game”