I just spammed curse on my magic find character and this allowed me to run the full flask duration. I also used the perendus belt and it extended the time on it which was nice

I want to see an actual vid of someone using this flask for its full duration while killing stuff. All these anecdotes just dont add up. What happens when you stop casting your curse to hit them? You cant kill stuff with just curses.

I agree with your previous assessment of it being worthless, but I like it how it is. Great troll food. 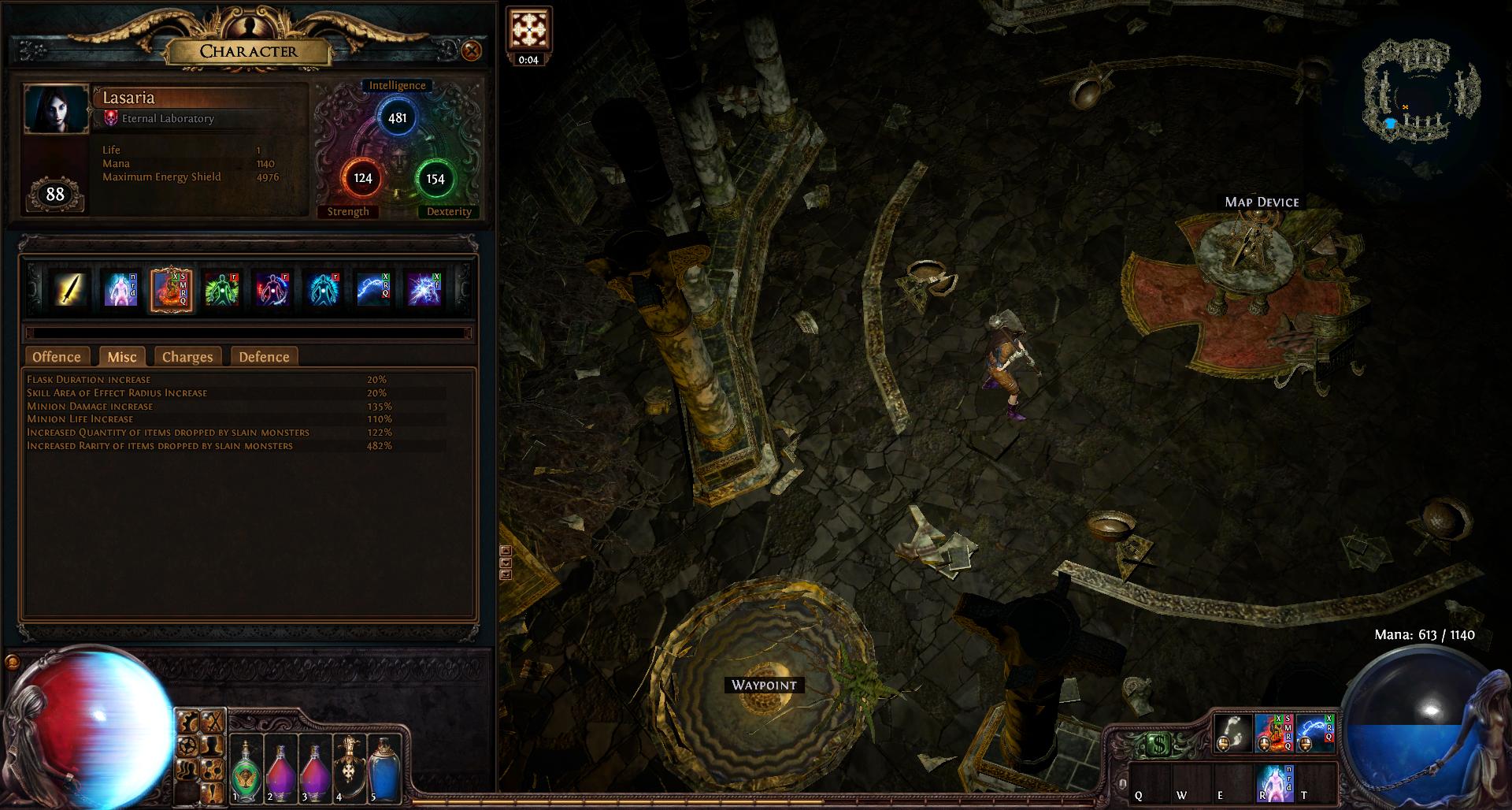 Try using arctic armour to keep your mana from filling.

If this is working as intended then this flask is worthless.

The only way to get 2 seconds out of it is to burn all my mana and use the flask.

Is it suppose to be effected by Inner Force? I get that is a buff and Inner force should affect it but I would rather have the full duration rather than a small increase on IIR/IIQ

There are some who insist they manage to get the full duration while killing stuff, but I havent actually seen it, and its something youd have to build specifically for.

The effects of hybrid flasks stop as soon as your health and mana is full, even if that is before the full maximum duration. On pretty much any end game build with leech or regen, thats going to be a small fraction of a second when youre killing stuff, which makes the flask basically useless.

This also means that blood magic build with leech that are full life most of the time they will get 0 duration from this flask.

Try using arctic armour to keep your mana from filling.

The buff of this flask should triggered at all times even if you are full on mana or get to full mana and last the entire duration.

It also appears that Inner force affects it.

But when I used it (with out auras so I had time to take the screenshot) I get to 604%.

this , i use it when i spam skills too but if u activate aa and then move around u will effectively use its whole duration.

*Edit, unless you are only running one or two auras, but if you have to do that to use the flask, its still worthless.Last edited by MonstaMunch on Aug 19, 2013 8:20:20 PM

I just spammed curse on my magic find character and this allowed me to run the full flask duration. I also used the perendus belt and it extended the time on it which was nice

Any chance I get a response from GGG?

If you are full on mana the bonus IIR/IIQ buff does not appear or triggered.

I tried, and I tried what others are suggesting with arctic armor, but in practice it just doesnt work like they are suggesting. Yes, you can cast a curse, great, but as soon as you kill a single enemy you will regen/leech back to full, so like I said, it only works for a fraction of a second/single shot on an enemy. The problem with the arctic armor idea is that you have to be moving to get it to eat more mana than you regen, and it gets full again as soon as you stop, which means youcanuse the flask for a while, but not if you want to kill anything at the same time.

5-6 seconds is enough to land a culling strike on a boss/rare.

If you not full on mana and you get to full mana the buff disappears along with the extra IIR/IIQ.

2 seconds is really not much of a window to land a culling strike on a boss/rare.

I bought two of those flasks when they first came out, and got rid of them the moment I realized the catch, as I figured theyd become worthless when others realized. Apparently for some reason that isnt the case, and theyve maintained their value despite limited scope for actual practical use.

I was expecting to get 5 seconds duration (6 seconds with flask duration affix) of increased IIR and IIQ. 10-12 seconds if you chain the flask.